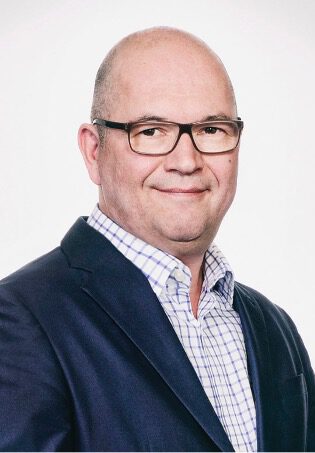 „Christlieb Klages is undoubtedly one of the outstanding copyright and personal rights lawyers of his generation. He is characterized by fast response and a sure sense of what is needet. Coupled with the in-depth knowledge he brings with him, this results in a very good mix, both when it comes to protect your own rights and defending against unfounded attacks.“ Client in LEGAL500,2021 EMEA

Christlieb Klages has been an IP-lawyer and litigator for over 25 years,

‚Christlieb Klages is undoubtedly one of the outstanding copyright and personal rights lawyers of his generation. He is characterized by fast response and a sure sense of what is needed. Coupled with the in-depth knowledge he brings with him, this results in a very good mix, both when it comes to protecting your own rights and defending yourself against unfounded attacks. ‚ LEGAL500,2021 EMEA

His former lawfirm, KVLEGAL, was recommended law firm (1/6) nationwide for Coyright Disputes in LEGAL500 2021EMEA. He is a specialist solicitor in intellectual property (Fachanwalt für gewerblichen Rechtsschutz) and listed by the Berlin Bar Association as a certified mediator. Christlieb Klages is double listed in 2021 as BestLawyer in Media & Entertainment as well as in &Media & Copyright.

Klages has been a lecturer at the German Film & TV Academy, Berlin (dffb) for film- and copyright law (2000 -2019), guest lecturer at University of Muenster (since  2016) and is representing the association of independent documentary film-makers (agdok) since 1996. He is a member of the German Association for the Protection of Intellectual Property (GRUR).

For several years in a row, JUVE and The Legal 500 have mentioned Christlieb Klages for media and entertainment legal representation and advice. „extremly satisfied (Client in JUVE 2013/14). Klages is ‘excellently networked’, and gives ‘outstanding, bespoke and detailed advice’ on all copyright matters (The Legal 500, 2014). Klages is recognised by Best Lawyer entertainment & media 2020 and a key figure of practice (Legal 500, 2020)

In recent years, Christlieb Klages brought many media- and internet-related cases to the Regional High Courts, the Appellate Courts, and the German Federal Supreme Court (BGH), including the so-called „dialer“ cases regarding illegal fees for landline connections through of secretly self-installed dialer software (BGH III ZR 96/03, NJW 2004, 1590); decisions by the Regional High Court of Hamburg regarding the liability of internet platform providers (OLG Hamburg, MMR 2011, 49 – Sevenload; ZUM 2011, 500); and several cases regarding the transmission and broadcasting rights of providers of internet online video recorders (BGH I ZR 175/07 – save.tv, OLG München, GRUR RR 2011, 164; ZUM 2011, 167). In November 2013 the BGH has ruled regarding the limitation of a statutory exception in Copyright, Art. 52a Abs. 1 Nr. 1 German Copyright Code (BGH I ZR 76/12), the University beeing represented by Klages in the prior instances. Also, he represented clients in various trademark cases at the regional High Courts, including a case between Europe’s biggest car manufacturer, and one of Germany’s largest and most influential publishing houses regarding the use of a trademark series (GRUR RR 2011, 170). Editor and Coauthor of Basics of Film Law, C.H. Beck, 2004.  Coauthor of Munich Handbook on Standard Contract Forms (forms 23 to 36 of Copyright and Publishing Rights), Vol. 3, Commercial Law II, Ed. 6, C.H. Beck. 2009.

Klages is a certified mediator, listed by the bar https://www.rak-berlin.de/das-recht/mediatorenliste.php